A place to link my various shop and home webcams

Although I've been fairly quiet on my website, I've actually been kind of busy around the shop. I'll talk about the other projects I've taken on elsewhere, but I wanted to post an update about my work on Adriana's jewelry cabinet. 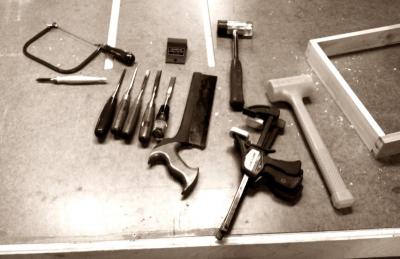 When last we met, I had dimensioned the pieces for the ten case drawers, and roughed out the tails of the drawer dovetails. That was in late November. Now I'm not moving any faster, but I am making slow and steady progress. I have to. We've been told by our landlords that we have to move out of our rental house at the end of June. And as I told my wife.  . . there is no way I'm going to move her cabinet as an unfinished thing. I *have* to be done with it by then.

After cleaning up most of the tails so they were ready to lay out the pins ( I thought I had done them all, but I found out last night that I missed some), I started right after Christmas putting together drawers. Again, it's a down side of combining parenting with a full time job and an intensive hobby like hand-tool woodworking. I put together my first dovetailed drawer in almost a year. I started with drawer 1. I'm going from the top to the bottom of the case, from the smallest drawer to the largest.

Simple miter cut frame, glued at the corners and stapled across the miter.  Table saw to cut the rear rabbet for the picture. Three passes over the router table to cut a large diameter outer curve, a slightly smaller diameter inner profile, and a small front groove as decoration. Sanded and painted with a warm brown paint. 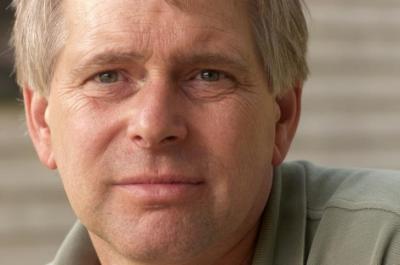