Sometimes I write about family. This can be stuff about my wife and kids, to things about my or my wife's extended family, or about the way that families function nowadays. 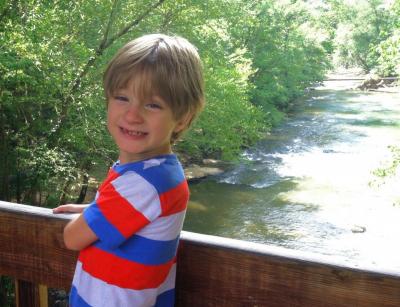 For some reason, the whole family had weird dreams last night. I was actually shaken awake by my wife after I called out. I had never done that before. I had been having a perfectly ordinary dream that suddenly went freaky. I did finally manage to fall back to sleep, but when we all woke up this morning, we found that we all had similarly restless nights. That's probably why, when my seven year old son came into our room and mentioned that he had had a strange dream, I asked him about it and pressed for some details.

"No," he replied. "Mommy was there, but she wasn't a mommy. And there was a really cool robot. And there were two, no three, Skylanders."

"And what happened?" I asked, intrigued.

"Well, we traveled to another world, and it was another time. And there was this step-mother, and two step-sisters, and they were trying to kill us!"

"Wow, that's really interesting." I was amused at his imagination. "So was Godzilla there?"

I told my wife this story later and she just burst out laughing. The mind of a seven year old boy is a wonderful thing. 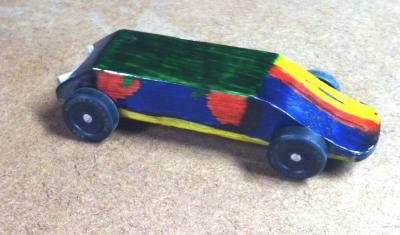 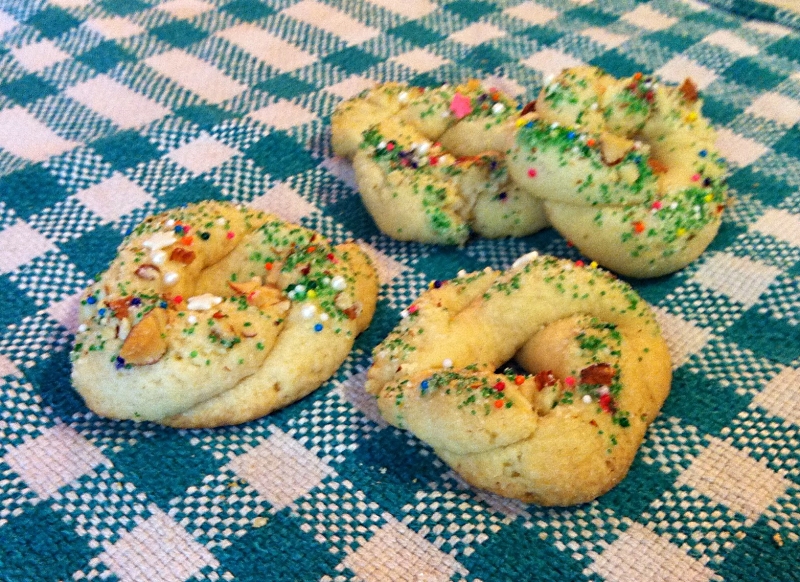 I'm half Slovak, and proud of it. My mother was from a small village along the Ukrainian border, arriving in the U.S. at age 6. I mention this because the tradition of baking for Christmas that epitomizes Slovak wintertime is the context into which I was presented this particular recipe. Given the name, I'm sure that my mother's Swedish Brandy Rings were not something the family brought with them on the U.S.S. Paris in 1937. But I think of it as one of her Slovak Christmas cookies. We made it every year for at least 40 years, and I continue the tradition. My wife absolutely loves these, and demands them every December.
The recipe is a simple butter cookie that is perfect for accompanying coffee or tea. Unlike other liquor-infused cookies for the holidays, it has only enough alcohol to provide flavor. It's not intended to give a kick, which is good, since I ate a bunch of these as a kid.

My son's name is Lucas and he is a precocious and cutie-pie of a two year old. My wife and I have been dealing with the challenges of the onset of the terrible twos, as of the last 3 and one half weeks. That's how quick the transition was. From a cute, sweet, and fairly quiet 1 and 1/2 year old, to a terrible two year old occurred exactly three and a half weeks ago, over the course of about 24 hours. By the end of that day, Lucas had become a demanding, obnoxiously independent, seemingly suicidally fearless, screaming, pounding, early to rise and never quietly to bed, ultra possessive, pugnacious, (and did I say demanding?) and demanding mass of toddler nerves.

He's still cute, when he slows down for about 30 seconds each day, those 30 seconds being distributed out in random 2 second increments throughout the very long, LONG day of parenting him.  My wife, who only just took a new job, largely to get a break from being MOMMY! all of the time, has been pulling her hair out trying to keep up with him. We both know that this is just normal two year old behavior, after all we went through this once before with his brother Liam. But when you're living through it, it's like trench warfare. Nothing exists except surviving the next day of impossible demands.

My wife and I watch our six year old son run around every day, from school to playing with his neighborhood friends, to spending time doing homework, and maybe watching some TV, when there's enough time left over, and we laugh when he laments how hard his life is. Sure, he's got time pressure, but when you're six, I don't think you have any idea what a harsh reality the pressure of time will be later in life. How could you? I know that I probably acted just the same way when I was six. And I felt how unfair it was that I couldn't stay up until midnight like Mommy and Daddy did.

My mother died last Wednesday, November 9th, 2011. She was 80 years old and the matriarch of our family, in the classic sense. These are the comments I made at her funeral on Saturday.

Those of you who know me know that I do not like to take the stage, to be the center of any focus, but there was such an upswelling of need in me to express myself about my Mom, that I had to say something today.