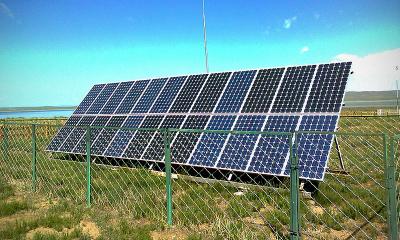 Back in the 80s and 90s, when most states had fewer Tea Party nuts in their state houses, they actually wrote useful laws at times. One of these laws is known as 'Net Metering' for home power generation systems. Net Metering is a law that says that if a homeowner buys and installs a properly permitted and designed system to power their home, and if the system actually generates excess power at times, the utility has to allow them to also hook up to the standard power grid, and if the system generates extra power, the grid must accept the extra power. Some states also added a requirement that the value of the extra power must be paid back to the homeowner, often at peak rates, since home solar and wind often generate power just when the power company needs it the most and when it makes the most money . . .in the late afternoon on hot summer days.

Even back then, the power companies grumbled about these laws, but generally they went along because fighting it was more trouble than it was worth. And frankly, almost nobody was installing solar systems, so the point was moot.

But then a funny thing happened in the past six or seven years. After U.S. solar panel companies sent many of the proprietary solar panel production technologies they had invented to Chinese companies so they could use cheap Chinese labor to make more money for themselves, and then after the Chinese companies then stole all of that technology and started manufacturing panels at their own facilities, things started to shift. The Chinese have made a concerted effort to dump cheap panels on the world market to take over all global production. They drove most of the other panel producers in the world out of business. Hence companies like Solyndra, who Fox News made so much hay about, and Evergreen Solar, a company I really was rooting for back in the late 90s, all went belly up in the past five years.  But the other thing that happened was that global solar panel prices have plummeted. In the year 2000, a standard 100 watt panel cost about $500 for a standard homeowner. This past Spring, the price for 100 watts of solar panels hit its latest new low, around $130. (Standard panels have also gotten bigger, so a standard panel is now more likely to be 150W rather than the 100W of the previous decades.

This means that a home 2.5kW system can now be installed for about $15,000. And various state incentives and private industry financing schemes means that in some states, such as Arizone and California, you can basically have a large home system installed for almost no out-of-pocket cost. So more and more homes are going off-grid for most of their power needs, and the number of homes applying for net metering has skyrocketed.

So what do most of the U.S. electrical utility companies do? Do they try to get ahead of this trend? Do they try to get in on the new gold rush? (With a few notable exceptions, OF COURSE NOT.) What they're trying to do is quash the growing threat.  Distributed power generation is actually much easier on the grid than central generation, but the companies claim that the home solar people are 'getting a free ride' on their grid. True, they do have to build and maintain their power grid, and for that, they get a local monopoly. But the power that a home system generates in a neighborhood usually ends up getting used up by the next door neighbors who don't have power generation capability. So, in reality, the home power producer is just using the grid to get one or two houses over.  The power company still gets the income from that power. The net metering law just says that they need to pass that power along to the people who bought the system that generated it, the solar panels on the homeowner's roof.

So they're starting a 41 state push to try to roll back the net metering laws. And I'm sure they went to end all of the incentives for homeowners to buy such systems, because now . . you know, people are actually doing it. And from their perspective, that's a BAD thing.  Personally, I've wanted to install such a system for over 30 years, but I've either not had the money or not had a home on which to put it. While living in Florida, I did briefly get into a state where I was ready to pull the trigger on such a system, but the ironic thing is that Florida, the Sunshine State (snort), is one of the worst ones for supporting home solar. And then the recession hit and I lost my job. We've moved to Georgia, which is even worse.  But when we do buy a home here I fully plan to get a system installed as soon as I can manage it.

The other irony about Florida and solar power is that, despite the fact that the state itself hasn't been particularly friendly to home solar, the state is home to the absolute best electrical utility when it comes to using renewable energy, Florida Power and Light.

FPL just recently changed their name to NextEra Energy.* This is one of those rare cases where corporate re-branding actually makes sense. They started out in Florida, but they've grown to become the nation's largest installer and operator of utility scale alternative energy systems, including massive wind generation in Oregon and Washington State, and massive solar generation in the Mohave Desert.  Granted, they are focusing on centrally generated power, but at least they've made the effort to switch to the new reality. Most other power companies in this country just want to bury their head in the fossil fuel sands. At best, they greenwash themselves by installing regional 'green' gap filler power plants which are just a way to sell what they were doing anyway, which is to use the now cheap natural gas to create smaller local natural gas turbine plants to boost peak power generation during hot summer days and icy winter mornings.

Most of these power companies should be ashamed of themselves. They did nothing for decades to support the movement to alternative energy. And now that it's happening, they're panicking. Isn't U.S. industry supposed to be responsive and modern? Why do they always have a knee jerk reaction to try to shut down the change, rather than seeing it as an opportunity to compete? It happened with the recording industry over the internet. It's happening now with the TV and movie studios, again over the internet. And it's happening now in the coal and traiditional power companies over the rising power of wind and solar power.  As far as Big Coal is concerned, they're going to go down eventually and it couldn't happen to a nicer set of cretins, but I had hoped better of the power companies. I hope that they can adapt and stop fighting against a change that will be good for all of us.

I can see some compromise being worthwhile to support the transition. Perhaps a reduction of the net metering pricing requirement. 80% of peak pricing, perhaps, or something similar. Most homeowners are getting their systems paid off in less than 3 years these days, and end up making money for the next 22 years of the system. It might be time for home solar to be a bit magnanimous in victory.  But human nature being what it is, I doubt that either side will budge, and it will all end up in the courts and being fought out in our incredibly disfunctional legislatures across the country. (Well, mostly disfunctional in the red and purple states.  Only half disfunctional in the blue.)

*Full disclosure, I currently own some stock in NEE (NextEra Energy). I've wanted to invest in renewable energy companies for as long as I've wanted to install a home solar system, and I finally managed to have a bit to do that this past year. I won't apologize for buying into a company that is actually making money with a significant renewable energy portfoilio. I see FPL as one of the few American companies that seems to be playing the smart game when it comes to new technologies. Use what you know, but find the compatitive markets in the new tech and get in early. But don't listen to me for investment advice.  I'm not a professional and listening to me about where to put your money would be idiotic.