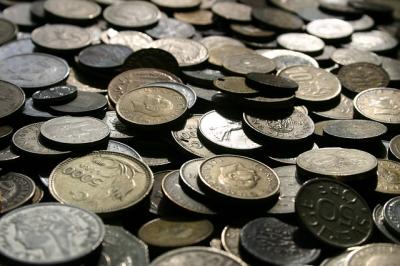 I'm going to write about something that I normally never discuss . . investing. One of my favorite classes during the MBA program at the University of South Florida was a course in investing. I know . . . I thought that, too.  It was basically required. But I ended up really liking it. And I think it made me fairly smart about the current state of investing and money management in this country.  But even given that history, I will emphasize here that I am not a professional investment analyst. Taking financial advice from me is idiotic.  Still, doesn't mean I can't have an opinion or two.

The thing that got me to write about his is a recent opinion piece I saw on Forbes' online site by a contributor named Brian Portnoy. Portnoy's overall approach seems to be one of those new 'trendy' catch phrases of the moment, "Simplicity."  Although the argument in the piece is couched in moderating reasonableness. The title is not. It's called "Buffet's Bad Advice".  The point of the article is basically, 'Yeah, I argue that simplicity is great and all, but this recent craze pushing everyone to invest in indexed stock funds is just crazy talk, especially if you've manage to convince the Oracle of Omaha.'

I bought the argument supporting index funds about 10 years ago. And although I understand that nothing is simple when it comes to investing, the basic truth of it is there for everyone to see. Advisors say 'diversify'. But then they immediately say, 'give me your money and I'll manage it with my portfolio of stock picks, charging you only a minimal fee'. But managed funds have fees in the 2 to 5% per year range. So for it to be worth it, they damned well better earn from 2 to 5% MORE than the overall market. You're paying them to improve your results. They almost never do it. And its been proven that no one seems to be able to do it over the long haul. But here's the kicker. . . if you invest in a fund that just dumps money in ALL of the stocks in the market, you essentially get the overall return of the market. So for an S&P500 index fund, you're buying into 500 stocks at once . . . pretty diverse, and because they aren't doing tons of analysis to find the hot stocks, their fees are much lower, usually in the 0.1 to 0.3% range.

Portnoy's complaint (see what I did there?) is that it sounds too good to be true. It can't be that simple. Of course it isn't. But his argument seems to suggest that yes, we should be sending money to the managed funds because an index fund isn't really diversified, and because, sometimes, the whole market tanks. What this really is, though, is the very real concerned voice of those very well paid money managers that too much money is going into index funds. The concept of the low cost index fund was basically invented by Jack Bogle at his Vanguard Funds company. And now that he's been proven right, after 30 years of being laughed at, disparaged, and otherwise dismissed by the rest of the Wall Street players, they're getting worried.

As Portnoy puts it, "In the decade from 2003 to 2013, the percent of U.S. equity assets that were indexed doubled from 17% to 35%. That more than one-third U.S. equity fund investments sit in passive vehicles speaks volumes to the popularity of this approach."

I believe it especially freaks them out that Warren Buffet recently advised it directly, "My advice … could not be more simple: Put 10% of the cash in short-term government bonds and 90% in a very low-cost S&P 500 index fund."

Personally, because I like to play a little, and I've decided to never take investing TOO seriously, I put 75% of my meager investing money into index funds and about 25% into high dividend companies I personally like. It's slightly riskier, but it's mostly worked out about the same as would Mr. Buffet's methods. Mostly, it provides me with an excuse to follow companies I like, like Apple, Next Era Energy, and Ford. And with a horse in the race, it makes me care more about how they do.

The issue I really have with Mr. Portnoy's piece is that his underlying arguments are disingenuous. He argues that doing what Buffet suggests isn't really diversified.  I guess that's because you're focusing on stocks. But most small investors do just that. We almost have to. The stake to get into arbitrage, real estate, or much of the bond market, is simply too high. But being in the stock market, you basically can't get any more diversified than an index fund, especially one based on the Russell 2000 or Wilshire 5000. And Buffet does explicitly suggest an investment type diversification in that blurb as well . . . 10% into government bonds.  Plus the argument is largely disingenuous because many if not most of the managed funds out there are explicitly stock funds. So one is more diversified by buying a managed fund that is limited to a much smaller number of stocks than the index fund? Of course not.

Another one of his arguments is that despite the claims, the 'passive' approach (his term) isn't actually a form of simplicity. The funny thing about that is that index fund supporters generally don't give a flying fuck about this stupid 'simplicity' movement. It's yet another fad of our time, like being gluten-free or taking selfies. And Buffet certainly doesn't argue for simplicity, or even passive investing. In fact, he's the biggest promoter out there of doing due diligence (the hard work of investing) if you're going to pick a particular company or vehicle in which to invest.

The final argument made in the piece seems to be that real people (you know, us rubes out here in middle America) don't really follow the advice as it should be followed, namely buy in and don't worry about the market. We're supposed to ride out the lows and highs. Too many uninformed investors sell when the markets start tanking, or buy what's popular (and high priced.)  I'm not sure how this matters when considering index funds. The consistent advice about index funds is to hold for the long term; to go Long, as they say in their ivory towers. The fact that people get scared and are often stupid when there's lots of money involved doesn't invalidate the strategy. It just argues that if you're going to buy into index funds, you damned well better buy for the long term, because, yes, markets really do go up and (gasp) down from time to time.

What Mr. Portnoy's piece really is is a very well thought-out spin argument by a supporter of traditional money managers to stop the outflow of capital from higher cost mutual funds out to low cost index funds. They're freaking out a little bit that the news about index funds has finally reached the masses of generally uninformed investors.

HOWEVER, the current situation it does raise one serious issue that does exist with index funds right now, particularly with the Vanguard S&P fund. Any investment that gets too popular risks creating a bubble. We all want to buy into tulips if the price of a single tulip bulb has gone all the way up to 500 kroners.  With index funds becoming so popular, there is a risk that these funds will start wagging the dog, namely that they'll start dragging prices of the overall prices of the big companies in the U.S. stock market higher than they should be.  Actually, this is why I still like to play in individual company stocks. If no one is buying individual company shares, who will be paying attention to the quarterly reports and thinking about what the price of that individual firm's stock should be? If too many buy in bulk at the nursery, people won't be paying attention to what that's doing to the price of those tulip bulbs at the bottom of their bag. I'm pretty sure that we're still a long way from that place. The fact that we still have paid fund managers out there worrying about the index funds is actually a good sign, because they are certainly keeping an eye on individual stock prices to make sure they don't get out of whack. (Not that they're doing it as a public service, they just won't get that second jet as a bonus this year if they don't make their goal of beating (er, not trailing too badly) the S&P.)