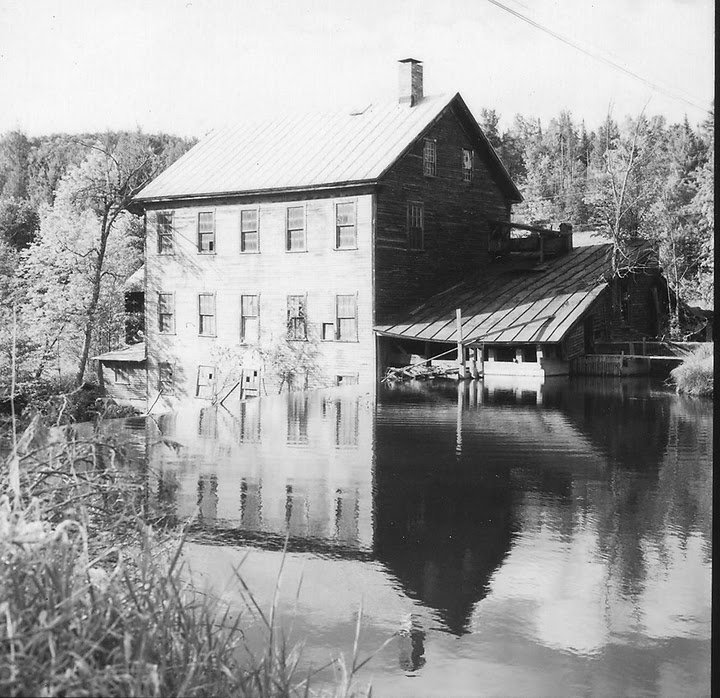 In any case, I've followed the mill restoration efforts the last couple years with great interest and was worried that the whole kit and caboodle had been washed downstream by the floods. I asked on the Woodnet forums, but nobody knew what had happened. So I finally called Hiram Allen, the guy who bought the mill and donated it to the foundation, and now heads up the restoration effort. He was very gracious to answer my questions.

No, Irene didn't cause them many problems. They got a bit of water in the basement, but no real damage. Their portion of Vermont (they call it "The Kingdom") was basically spared from the worst of Irene. However, back in May, they had a local cloudburst that swept through and flooded the basement with 2 feet of water and a bunch of mud. I guess they got water into the generator and mud everywhere. No serious damage, and most importantly, no one locally was hurt by either storm. I was very relieved to hear the good news. Now I need to go buy a membership to the organization. Personally, it just feels like helping my Dad.