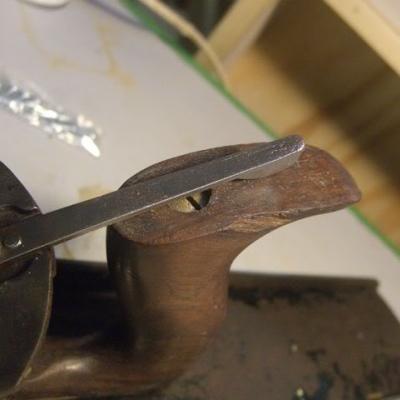 I'm a numbers guy. It's how I'm wired. And I know I'm going to catch flack for this, but I have been wanting to find a way to attach a number to my woodworking skill level. I've wanted to do this for several years. As a slowly progressing amateur who largely interacts with other woodworkers only through social media, I have no other way to judge my own progress.

I've built a spreadsheet in which I have attempted to score myself in 10 categories of woodworking skill, with as many subsets of each skill as I could identify. The categories I chose are:

I'm sure I've missed a few, but as a first draft, this is what I've got. I'm attaching an Excel spreadsheet (MS Office 2007 for Windows version) that makes the calculation.  The calculations are fairly simple. For each skill, one can give oneself one of five possible scores:

All of the scores are graded by this simple rating, with the exception of the last category, which is for 'Specialty' woodworking, such as boatbuilding and instrument making. Each of those scores is multipled by five (5) before being added to the sum.

I don't know if anyone else has created such a system. I suspect that someone has, but as I said, I'm fairly isolated in the woodworking world. So I came up with my own. Please let me know in the comments, or by sending me an email what categories or skills I've missed. I'll try to limit the updates to a couple, since the point of this is to provide a standardized way to score, and if the scoring method is always moving, what's the point.  This is version 1.1 of my assessment spreadsheet.

My current score, as far as I have honestly assessed myself is 198.  The possible range of scores can go from zero (0) to 612 points.  I'm not sure anyone with three lifetimes could honestly give themselves a four in everything, including the specialties, but I wanted this assessment to have some headroom.  This is also why I gave a score beyond mastery, for those who stretch the accepted skills in an area.  Most woodworkers seem to be a fairly humble lot, so I expect most people who use this to be fairly honest, if not underscore themselves.   I've tried to be fairly honest about my own skills.

I'm thinking that the results would go about this way, when it comes to assessing overall skills of a given woodworker:

The spreadsheet is available for download below. Feel free to use it, and let me know how it works. If you feel comfortable telling me, let me know your score.

I welcome feedback. If no one else finds this valuable, that's fine. Mostly, I plan to use this to see if I am making progress in my own amateur skill set. For instance, I'd say that about two years ago, my score would have been in the 100 point range, so I've managed to, in a measurable way, go from a Beginner to an Intermediate woodworker. I have a long way to go, but I'd like to at least make Advanced some day. And with the skills where I've scored 0, 1, or 2, I now know what areas would serve me best in this goal.

Men of the woods and lumberjacks, They judged me by their appropriate tool. Except as a fellow handled an ax They had no way of knowing a fool.