"What do you mean?" she asked.

"No, you're not a Sheldon. But what kind of stuff?"

Here's the thing. Something linguistic has been bugging the HELL out of me for about 10 years now, and I'm just about reaching a breaking point with this one. It's about the '@' symbol. You know . . . the one in all of your email addresses. The one that starts off all of your Twitter handles?  Yeah, that thing. It is NOT, I repeat, FREAKING NOT . ."the AT symbol"! It is, quite obviously and quite emphatically, an 'EACH AT symbol! It's a rate, not a location, dammit! How do I know this? Because I saw it when I was a boy. If you went into a grocery store or a farmer's market, anything priced by the piece, such as fruit or cans or canteloupes, they were all priced for 'each'. The normal abbreviation on signs was 'ea.'  So, apples were 10¢ ea.  Watermelons would be 20¢ ea. 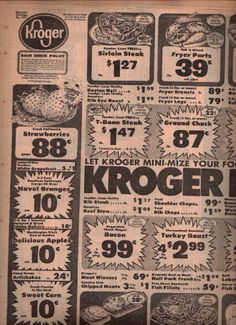 And the '@' symbol didn't exist on most old typewriters of the time. It started out as an accounting symbol . . . and let's be clear: 14 white wall tires @ $25 means something quite different if @ means 'at' rather than 'each at'. If it's the former, you only have to pay $25 and you get 14 tires. That's quite a deal! However, if you actually know what you're talking about, and you know that it's actually the latter, you realize that you must pay $350 to get those 14 tires. And I guarantee, back in 1972, NOBODY thought it meant 'AT'. . . except, evidently, the computer nerds who were busily inventing network protocols such as email and TCP/IP.

You saw the symbol mostly on hand-lettered signs, so the lack of a typewriter key didn't matter, and the shortening of 'each at' by placing the 'a' inside the giant 'e' was a great shorthand. Of course '@' means 'each at'! What are you all thinking?!

But now, it's sort of a lost cause. To quote one of my favorite philosophers, 'When the avalanche has started, it's too late for the pebbles to vote.'  So now that every email is joe.schmoe AT blahblahblah DOT com, and there's a show on television actually called '@Midnight', I just shake my head in astonishment. And you send messages to your Twitter mates by sending it '@JoeSchmoe', which frankly sounds kind of rude and boorish. Wouldn't you want to send it 'TO' Joe Schmoe? But I guess we're just wingin' those messages AT each other's faces now. So I guess AT is what you do these days. It's just . . . I do not think that word means what you think it means. But you're all so certain of it. You silly gits.