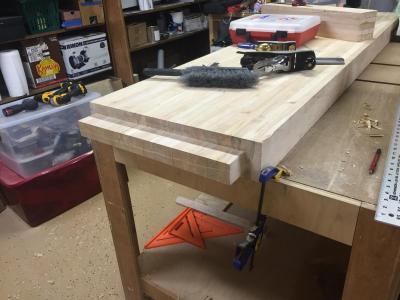 Not shown here, but I did figure out the spacing of the legs on the bottom of the benchtop, which is important for laying out where the face vise and the carved front edge lay. I still plan to carve the Robert Frost quote in the front edge. However, I have decided to get rid of the tulip shape of the front vice chop. Too fiddly. I just want a vice that'll work.