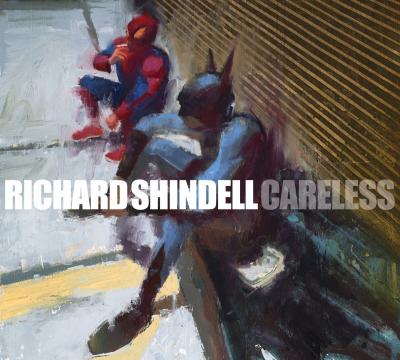 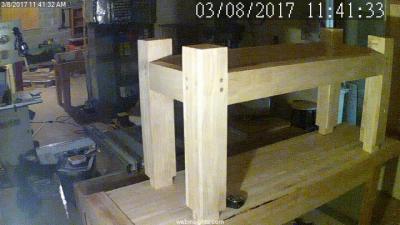 I'm continuing to make progress on the Roubo workbench. After carving the message on the front board, I then glued it to the front edge of the benchtop. Then I set the top aside so I can drill holes for pegs on the bench legs and aprons. Just last night I finished pegging and glueing the legs together. Then I heft the top back up on my outfeed table, upside down. Then I got the undercarriage on top of it, so I can lay out the leg tenon locations on the bottom of the benchtop. I've got it roughly positioned now. I didn't take the time last night to grab a photo, so I'll just show how it looks right now on the webcam.

After I get the position of the mortises figured out, I'm also going to work on installing the Benchcrafted wagon vise. Progress is being made. I'm hoping to have this thing finished this month.