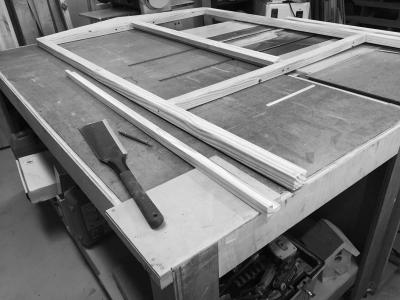 I worked on the aviary some more this weekend. Building a piece of furniture is always an exercise in mental gymnastics, as you figure out the sequence of how things must be assembled and finished on the whole unit. Since the walls need to have grid material installed before final assembly, but since it's a modular unit that can be assembled and dissambled, there are some things that need to happen first and some later. I decided to add door jambs for the doors, to make it more certain that the doors close solidly, and also to prevent gaps through which a tiny finch might escape. 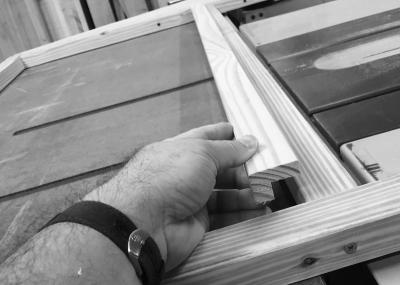 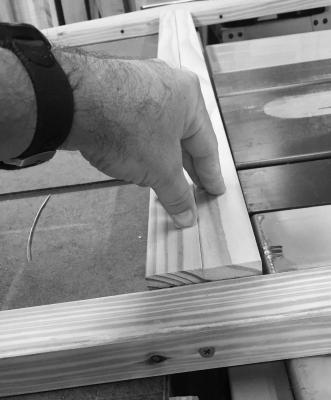 I had a pair of spice finches in college for a short time, until they both escaped out of the Chinese bamboo cage I had purchased for appearance.

I started the work this weekend by cutting L-shaped moulding pieces to be installed on the inside of each frame where a door will be installed.  These were done on the table saw, but then cut to size using one of my ryoba. For quick, smooth cuts where fine sizing is helpful, I really like working with the Japanese pull saws.  At this point, I also finished sanding the walls to a fairly rough finish. And I did each of the jamb pieces as I cut them. I only sanded to 80 grit for time, and also due to the fact that it's just contruction material, and the birds will get it dirty soon enough.

As with everything else on this project, I glued and screwed them in place. I had to keep in mind the clearance for the cage material on the side wall and also the modular fit of the front and back frames when fitting the jamb to the side wall. I couldn't put a jamb all the way around, because it would get in the way of assembling the whole frame. I also took this opportunity to drill holes into the bottom of each leg and insert a tap-in steel threaded nut for the casters. I took as little wood away as I could get away with, but I still think I'm going to reinforce the bottoms of the legs. 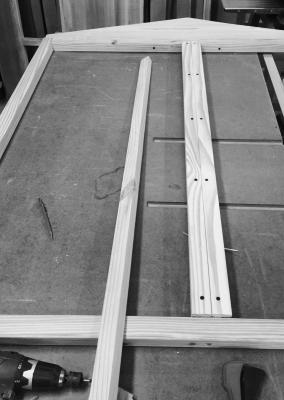 Since they're taller than originally planned and not quite as thick in both directions, I risk having them split or just outright break and bring the whole aviary falling down. Probably as a last minute addition, I think I'll add a shelf to strengthen the bottom of the legs.

I let the glue dry overnight. 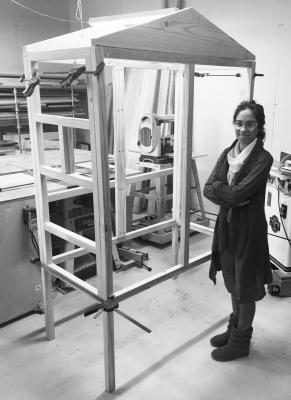 The next day, I stood the pieces up and clamped them all together to see how it looks. This was the first time I saw the full-scale of this thing. Boy, it's big. But the dimensions were selected by the customer.

Speaking of which, Adriana showed up to inspect the progress at this point. She likes it, but she wants me to finish up quickly. The young birds are just about to leave the nest and she hates having them crowded into their relatively little cage.  I took that as my queue to move to the next step. I drilled pilot holes and screwed the walls together. No glue. Modular, remember?

Before I can install the grid/cage material, I have to stain the walls with the cherry stain/poly mixture. I placed the back face of some of the ¼" plywood face-up on the floor to keep the rented floor clean. Boy, it'll be nice to have my own shop soon. I really have nowhere else to do finishing at this point. I was careful. No spills. Overall, the job went quickly and it looks good enough. On a nicer piece of furniture, I'd of course have sanded to a finer finish, and sanded between coats. But for this, I just rough sanded and put on one coat. It looks pretty good.

At the end of a very busy weekend, I took one last shot of it as it dried. 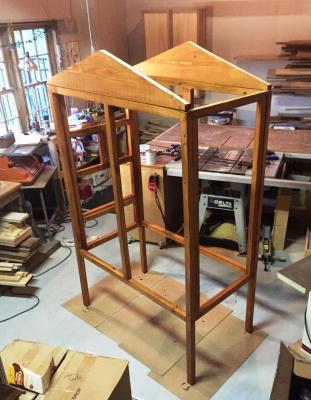